Showing posts from November, 2013
Show all

On Thanksgiving the Pilgrims Gave Thanks to God

November 28, 2013
***See below for authors to visit next week on The Blog Tour.
HAPPY THANKSGIVING!!My daughter’s first grade year in school, the children drew images illustrating Thanksgiving. The administration put them on the walls for an open house.

That night turkeys, Indians and Pilgrims in many colors lined the halls. On the tour we stopped at our daughter’s offering and told her how good it was— of course.

She peered at me with wide brown eyes. “My friend had to take down her picture and do it over.”

“Here it is.” Our daughter pointed to a drawing with a boat and some stick people standing around it.
“She wrote on it the first time?”

“Did she write over the picture?” I asked.

“No, she said the Pilgrims gave thanks to God, and that’s not allowed.”

I was stunned. “What’s not allowed?”

“To put up there that the Pilgrims thanked God.”

History was re-written behind the walls of those halls that Thanksgiving.

Each Thanksgiving I remember the incident and think of the verse, “But if serving th…
3 comments
Read more

November 25, 2013
Thanks to Miss Mae at Feeling Nosey for referring me for this fun blog tour.

Here’s a little about my corner of the writing world.


What’s my latest book?  I’m excited about my newest release, Stopped Cold, a teen novel with a mystery, spiritual talk and a touch of romance. While it has a serious message: We don’t have to be number one for God to love us, it has a fun mystery to keep the pages turning.

It’s set in a small town in the North Carolina mountains, but things aren’t what they seem in peaceful Mistville. Margaret McWhorter enjoys a laid-back Freshman year in high school flirting with Jimmy Willmore, swimming and hanging out with friends—until that day. Her brother, Sean, suffers a stroke from taking a steroid. Now he’s lying unconscious in a hospital. Margaret’s angry at her dad for pushing Sean to be a great quarterback, but a fire of hatred burns inside her to make the criminals pay.

Looking for justice, she takes Jimmy and her best friend, Emily, through a twisted, drug-fil…
5 comments
Read more

The Winner of Imagine the Future You


The winner of Imagine the Future You Is...

Looking Out the Window: Ada Brownell Challenges Us to Work Toward Our Dreams in Her New Book, Imagine the Future You. She'll Give Away an e-book.

November 05, 2013
Welcome, Ada. Thanks so much for visiting my blog to talk about Imagine the Future You. Ada also shares a yummy recipe and one of her favorite Bible verses. She'll give away an e-book. To enter to win leave a comment and an e-mail address below.

About Imagine the Future You
Will you be the person you dream of being—or someone from your nightmares?
You don’t need a fortune teller to reveal your future. You are the person who determines who you will be, what your life will be like, and how your hopes and dreams will be fulfilled.

Today is the time to IMAGINE and to create an action plan for your future.
• How harnessing your will can make you a champion
• How to make valuable deposits into your mind, detoxify harmful information in the brain, and avoid brain washing
• How to look and be your best
• How to connect with Someone who will make a difference in your life
• How who you marry changes everything
• How to avoid traps that jeopardize your future
• Where you want your name to…
3 comments
Read more
More posts 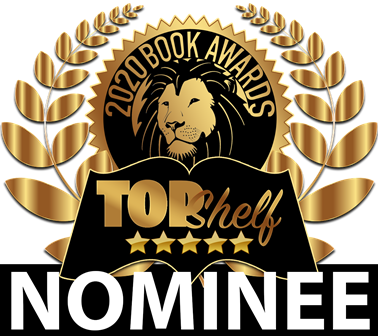